As part of my regular play at my local store, I’ve played through many of the hardcover D&D Adventures, and written notes on what happened and advice on approaches you can take to the material. These notes are done erratically, as I find time, but I hope you can find some of the notes of use.

This adventure for levels 1-5 introduces players to D&D, providing them with a mix of town, wilderness and dungeon adventuring. It also introduces the factions.

This is a very good adventure to learn the game with. Each of the other hardcover adventures then provide an entry point that leads on from the Starter Set adventure.

Hoard of the Dragon Queen

This adventure for levels 1-7 is the first part of the Tyranny of Dragons storyline. It was written while the rules were still being written, and so has some rough spots. Despite that, it is one of my favourite adventures released for D&D – I’ve run it three times!

The Rise of Tiamat

This adventure for levels 8-15 is the second part of the Tyranny of Dragons storyline. It’s written with milestones in mind, which makes it quite difficult to run as part of the D&D Adventurers League (though I’ve done so on two occasions). There’s a lot of different types of encounters and scenarios in the adventure, making it a very entertaining one to run.

Princes of the Apocalypse

This adventure for levels 1-15 is part of the Elemental Evil storyline. Inspired by the old Greyhawk adventure Temple of Elemental Evil, it goes in some very different directions, whilst still primarily being a dungeon crawl. The adventure proper starts at level 3, and the sandbox nature of the adventure means that starting at level 5 (after playing the Starter Set is recommended).

Out of the Abyss

Out of the Abyss is the last adventure to be levels 1-15 (so far), and the last to have a different name from the season (Rage of Demons). Almost all of the adventure is spent in the underground environment of the Underdark. It’s a tricky adventure to run, with the group being accompanied by many NPCs throughout the adventure – a party of 12+ characters in 5-feet-wide corridors is not actually that fun.

Due to Princes of the Apocalypse taking most of a year to play, this is the one adventure I haven’t run in its entirety, although I’ve run part of the second half.

Curse of Strahd is a reenvisioning of the classic AD&D adventure Ravenloft, designed for levels 1-10 (though the main story starts at level 3). While the original adventure primarily described Castle Ravenloft, Curse of Strahd fleshes out the countryside, including many people who have been hurt by the rule of the vampire lord.

This is an exceptional adventure. Like Princes of the Apocalypse, it is a sandbox adventure, and works very well after first playing the Starter Set.

Storm King’s Thunder is an unusual adventure, structured so that it can be played several times and be different each time: there are three beginning towns, and five giant strongholds, only one of each being visited in each play-through. The adventure proper is levels 5-10, but an introductory section allows play from levels 1-5. Or you can just start with the Starter Set.

At present, I haven’t run SKT (we have a lot of groups playing it, so I’m running other adventures to provide variety). 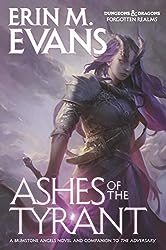